Here we are, already on the first day of summer as I write this! Spring is always a busy time, and this year's spring was indeed busy, but it was also wonderful. Unlike last year's chaotic spring (oh, 2020), this year's past few months have been relatively smooth, at least around here. We've had a fairly even transition from snowy frozen winter into warmer weather and rain and sun. And I've been able to wander outside and keep up with a lot of the plants and animals in our yard, meadow, and woods as their populations have grown and shifted. I played a game where I tried to know the name of every plant (native and non-native alike) as it flowered on our property this spring, and I made it all the way to the end of May before I had to admit defeat! (Maybe next year I'll make it even further.)

I have a bunch of sights to share from the past few months. This post will cover only the months of March and April (May and June will come later). It's time to go back to snowy days!

We must have had a big boom in our population of Meadow Voles over the winter, because the melting snow in March revealed lots of these rodents' nests in the meadow (and later, extensive tunnels across the ground, damaged plants, etc.). Here's one of the Meadow Vole nests and its perfect melted circle in the snow on March 11: 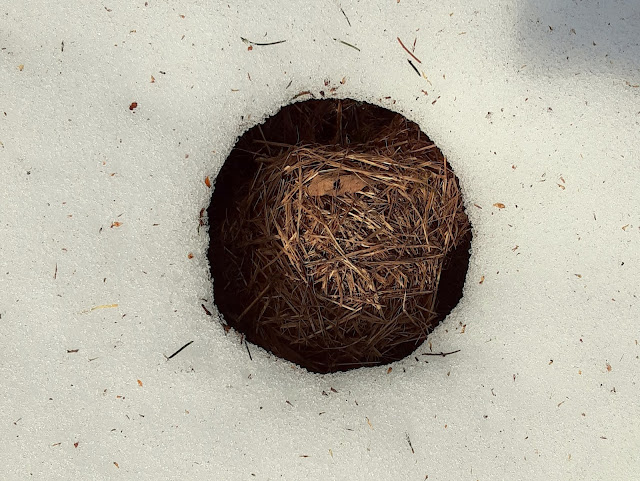 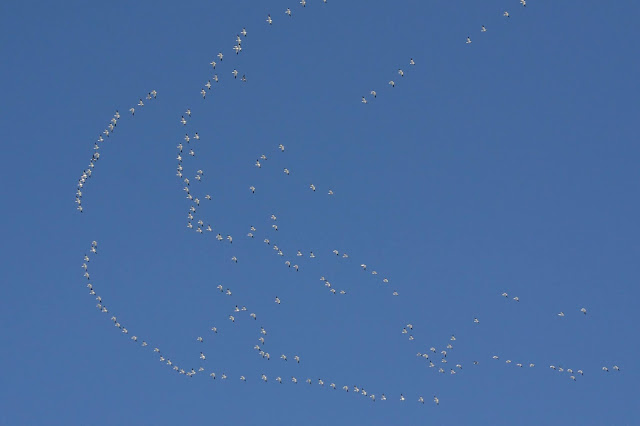 Also on March 9, I saw this Red-tailed Hawk with what looked like a very full crop (I guess somebody found a big meal): 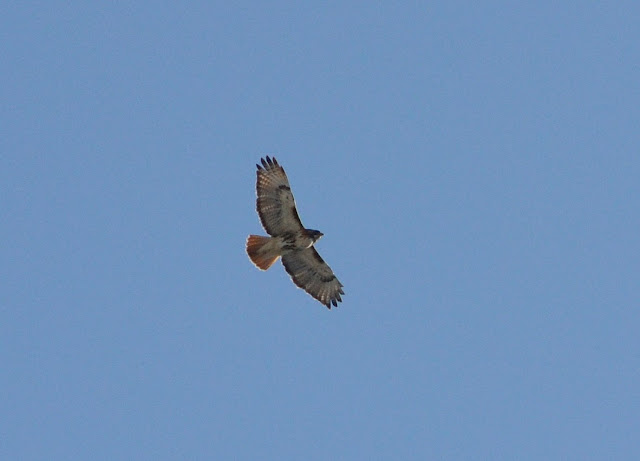 On March 21, I was surprised to see a Pileated Woodpecker clinging to our little suet feeder! I'd never seen one of these big birds at our feeders before, and I guess this setup doesn't look super comfortable: 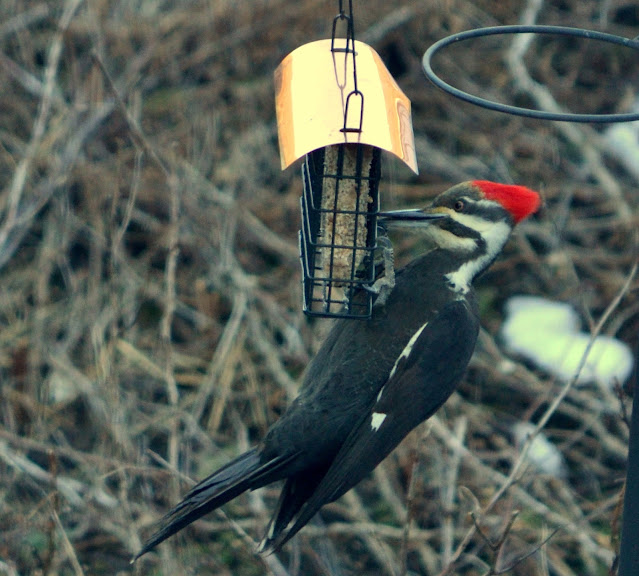 April 11 was a big amphibian night (it was rainy and warm), and we saw Spotted Salamanders and Red-backed Salamanders galore (but no good pictures of those awesome amphibians), plus a couple of big Pickerel Frogs that I didn't recognize at first because I'd never seen them during breeding season before: 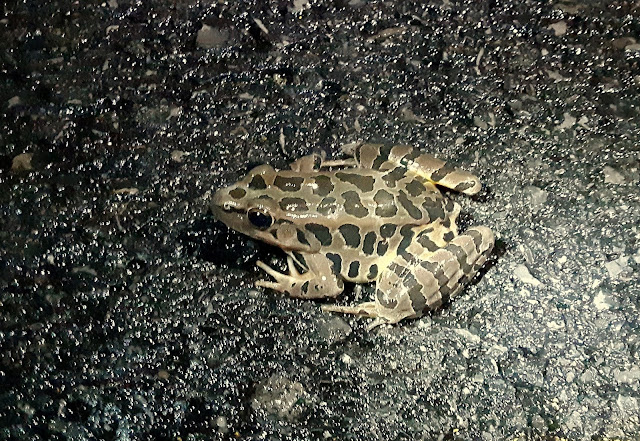 Lots of Spring Peepers were also out and about on the night of April 11, including this little peeper who perched on our doormat: 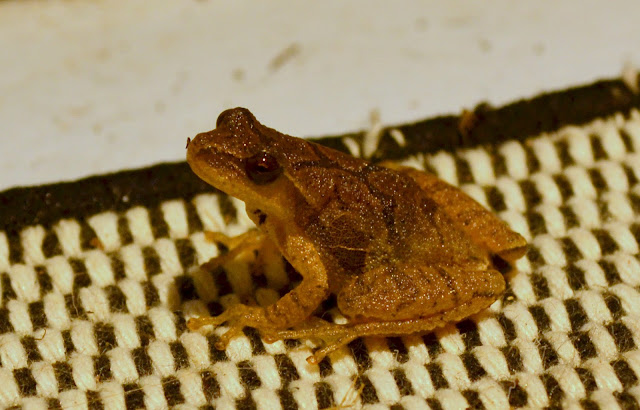 And this peeper who posed nicely on the blue background of our front door: 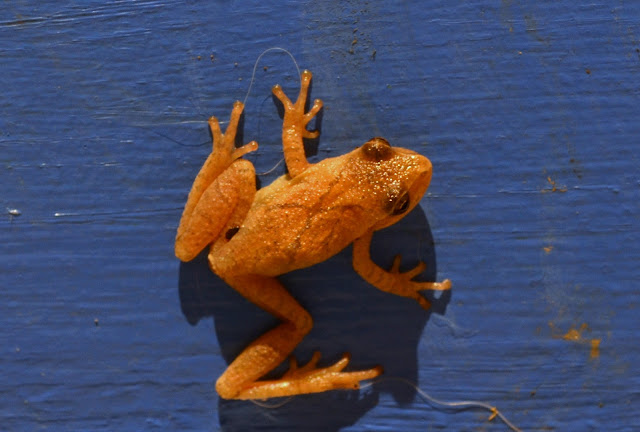 This was a great spring for flowers! Here are several pristine Bloodroot flowers in our front yard on April 14: 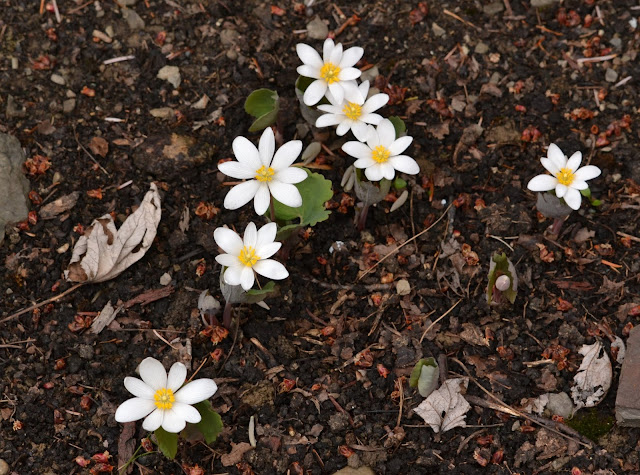 And female Spicebush flowers on the same day and only a few feet away: 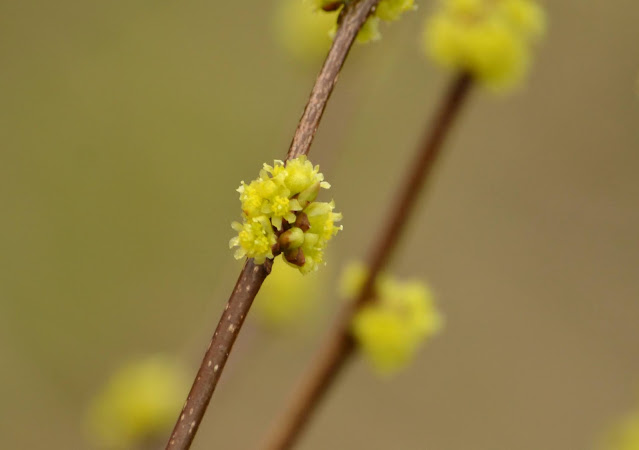 Here's American Golden Saxifrage (Chrysosplenium americanum), also on April 14, and a totally new plant for me. These flowers are no more than tiny rings of orange dots, and I only thought to look closely at these plants in the pond in our woods after I read about these flowers in another blog (thanks, Saratoga Woods and Waterways!): 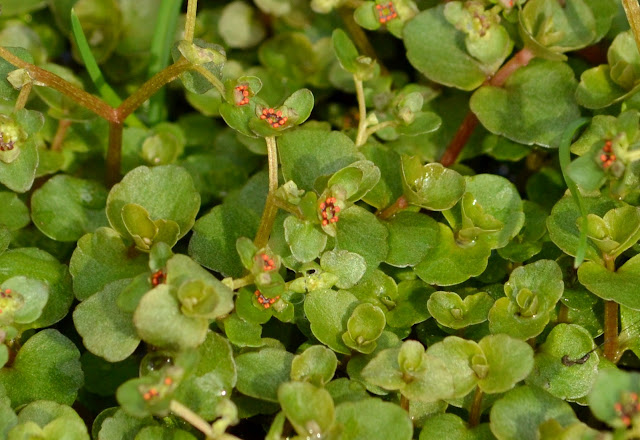 I found this next flower in the protected public land across the street from our house (which I've learned is especially rich in spring wildflowers!), rather than on our property. But I was so thrilled to see these Sharp-lobed Hepatica flowers, which I haven't seen up close in many years! Here's one of these beautiful purple flowers on April 19: 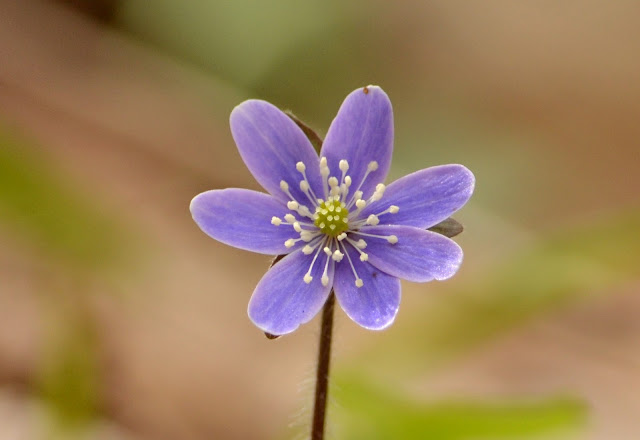 This patch of the woods had lots of white hepatica flowers, too, and I thought these were just as beautiful as the purple ones: 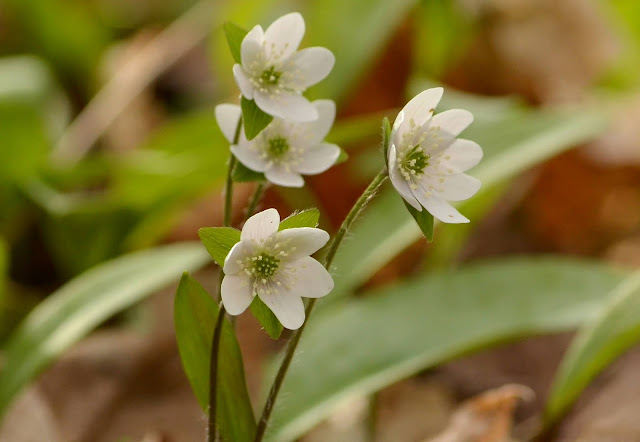 Back in our woods, I was super excited to find our first Red Trillium blossoms (after noticing what I thought looked like trillium leaves in previous years), right next to the path. This picture is from a rainy April 29: 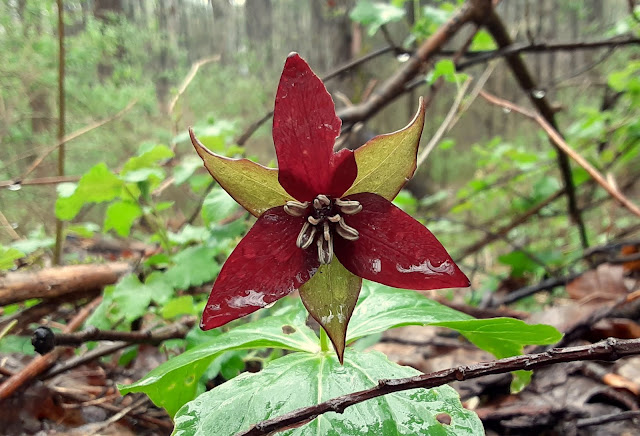 To round out a few more April sightings, here's a very handsome White-throated Sparrow on April 19: And here's a quite early Garter Snake (also on April 19) who sat perfectly still on the forest floor while I pulled up an invasive honeysuckle bush nearby (notice the large red Velvet Mite on the right as well): 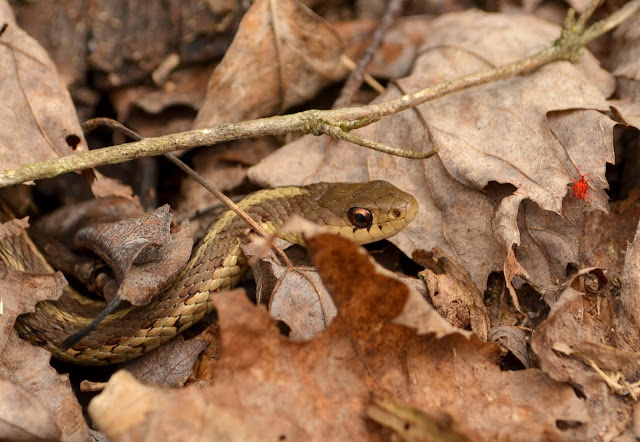 A Common Raven stopped by several times to pull chunks off of a road-killed Raccoon across the street from our house, so we had front row seats for its shopping trips (perhaps it was feeding a family nearby?). Here's the raven visiting on April 22 (yes, that's snow): 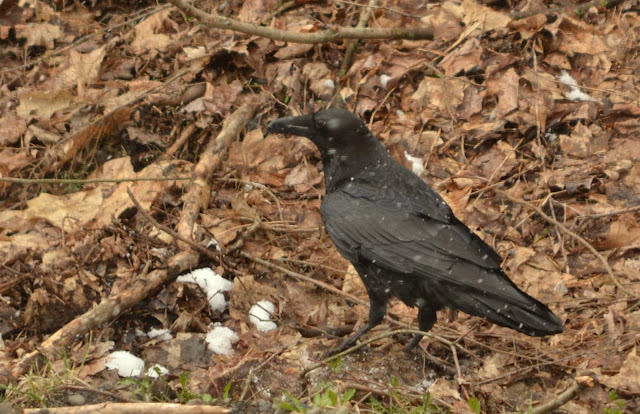 Throughout March and April, our trail camera let us see some goings-on in the woods. Here's a compilation of a few video highlights from those months:

And that's March and April! May and June are up next!

Posted by Elizabeth at 7:55 PM